I have been scrambling around, trying to get ready for the launch of The Magic of I Do. This is the fun part of the launch, when I’m all nerves and excitement.  I’ve been working on posts for blog tours and preparing to read at Lady Jane’s Salon RDU in June.

Ronald, who is really happy that this next book is about to come out,  received an invitation  to go and hang out with Deb Marlowe’s family.  If you’re not familiar with Ronald, he’s a garden gnome who is in all of my faerie books.  He’s about two feet tall, wears a waist coat and cravat, and he is tasked with taking care of the Thornes.  You met Sophia in A Lady and Her Magic, and you’ll meet her sister Claire in the book that’s about to launch.  Ronald, because he works so hard to keep everyone out of trouble, was desperately in need of a vacation.  He traveled last fall, but after Jane Charles took him to a strip club, he took a break from his wanderings, until he received an invitation he couldn’t refuse.

Deb Marlowe showed him things he’s never seen before.  He went to the gym with her oldest son, who showed him some amazing flips and did a little wall walking.  Then they spent some time at her house, where her youngest let him be a kid and climb some trees. Deb was a little worried someone would fall, but garden gnomes bounce, so there really wasn’t anything to be concerned about.

I think that’s her  awesome office there in the background where all the magic happens in her own books.

Ronald was a little perplexed when he saw the airplane.  He’s never seen any such thing, and he’s still talking about it. 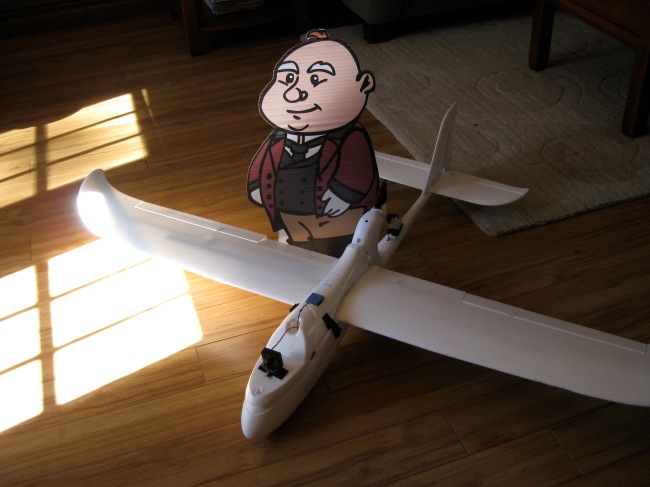 He was completely in his element when her youngest brought out the fencing equipment.

Ronald had a wonderful time hanging out with the Marlowe family, and he’s going to be going to California to hang out with another family in the coming weeks.  He’s really excited about it.

If you haven’t read Deb Marlowe’s books, I highly recommend them.  She has a new release called The Love List that’s amazing, and Ronald can’t stop talking about it. He’s a sucker for a good love story!

THE MAGIC OF ‘I DO’ will launch on June 4th, which is quickly approaching. It’s available for preorder now in all formats, and here’s a sneak peek at chapter one, if you’d like to see what this book is about.

I shared an excerpt from my upcoming New Adult book a few weeks ago.  If you missed that, you can find it here.

A faerie without magic was about as useless as a carriage without a horse. If Claire Thorne had known that this would be her reward for trying to save her sister from the dangerous Duke of Robinsworth, she never would have gotten involved in her sister’s mission. She would have stayed at home. The land of the fae was so much more comfortable than the land where others resided.

Claire refused to look at her abductor. She refused to acknowledge his presence, although he did have her magic dust. It was in his pocket at that very moment. Despite the fact that she’d warned him it could explode in untrained hands, he’d taken it with no hint of hesitation. And now he refused to give it back. Claire lifted her chin and stared out the coach window. If anyone had told her a sennight ago that Lord Phineas would take her hostage, she would have laughed in his face. Yet here she was, at his mercy.

“Oh, blissful silence,” he said. He must have said it to himself, because he certainly couldn’t be talking to her.

“You really should return my dust to me before it does you harm.” She didn’t look at him as she talked. She continued to stare at the changing landscape. They’d left behind the bustle of Mayfair and were headed toward… nowhere, it appeared.

“And just what kind of harm might a little bottle of shimmer do to me?” He looked much too composed.

“It could explode and blow off an arm.” She finally turned to look toward him and found him grinning at her unrepentantly. That man had a smile that could stop a lady’s heart. Though it had no effect on hers. Well, almost no effect. His sparkling blue eyes made him look impertinent enough to annoy her to no end.

He held out his hand and appraised his arm with a critical eye. “I can live without an arm.” Lord Phineas swiped a lock of hair from his forehead and lowered his arm back to his side. He arched a golden brow at her as though taunting her to continue her threats. He hadn’t seen threats yet. Just wait until she turned him into a toad. Or a pig so that his outside could reflect his inside.

Claire let her gaze roam up and down his body slowly. “It might blow off something you use on occasion.” Her eyes stopped at his lap. He fidgeted in his seat. “It’s really quite volatile in the hands of the untrained.”

That wasn’t true. Not in the least little bit. But he didn’t need to know that. In his hands, the dust was useless. Just shimmery flecks of shiny things he didn’t understand. In her hands, however, it was quite useful. If she wasn’t afraid to commit one of the Unpardonable Errors—never use your magic to do harm—she would take a chance and wrest it from his possession. But if she had the dust in her hands right at that moment, she would use it to harm him. In a most satisfying way.

She forced herself into a casual shrug. “Take a chance. Blow off an appendage. Perhaps you’ll be lucky and it’ll be the smallest one. One you probably don’t get to use much.”

His smile vanished. “I can assure you there’s nothing small about my appendage.”

She grinned. “That’s not what she said…” She left the taunt dangling in the air. His face flushed. She must have touched a sore spot. But since he was holding her hostage, he deserved to be just as uncomfortable as she was.

How the devil could a faerie be aware of his problems with his mistress? Katherine had only left him a few weeks before. It wasn’t his fault that she’d spread a bit of a rumor about his prowess in the bedroom. One that was completely unfounded upon reality. He narrowed his eyes at Miss Thorne. “Are your people omniscient?”

She didn’t answer. She simply turned to look out the window again. Blast and damn. The woman was already driving him toward Bedlam and he’d only had her in his possession for a few hours. His brother, Robin, would owe him dearly for this. Very dearly.

The carriage hit a rut in the road and she bounced in her seat. She uttered a most unladylike oath as her head bumped the roof of the carriage. “Beg your pardon?” he asked. He cupped a hand around his ear. “I didn’t quite hear that.”

“If I’d meant for you to hear it, you would have heard it.” She adjusted her skirts, settling back more heavily against the squabs. The bounce had left her looking a bit disheveled, with a strawberry blond curl hanging across her forehead. She blew the lock of hair with an upturned breath.

She really was quite pretty if one could get over the shrewish behavior. Her body was tall and willowy, her limbs long and graceful. Her heart­shaped face would probably be beautiful if she ever graced it with a smile.

“Just where are we going?” she asked. She still didn’t look at him. She gazed out the window with the countenance of someone who had the weight of the world upon her shoulders.

“My house in Bedfordshire.”

Her shoulders stiffened and then she exhaled deeply.

“And just what recommends such a place?”

“It has bars on the windows and heavy locks on the doors.” It didn’t. But she didn’t have to know that.

“It will take more than bars and windows to keep a faerie under lock and key.” She sniffed and raised her nose in the air.

“Then thank God there are ropes aplenty. I will tie you to my side if I must. I did promise Robin I’d take care of you.” That was a bit of a long and sordid tale, and he still didn’t understand the half of it. “Pray tell me how you people came to exist.”

She arched a delicate brow at him. “The same way you did.” Her face flushed scarlet. “Do you really need me to tell you about reproduction?”

Damn her hide. He didn’t need her to explain anything about reproduction. This lady knew how to jab him where it hurt, though. He would have to take great care with her. He grinned slowly and leaned forward. “Please do. If you’re lacking anything in the telling of how babes are made, I’ll fill in the blanks for you. Certainly, you have questions about it.”

“Should any pressing questions arise, I’ll be sure to let you know.” She looked back out the window. Damn, he hoped that Robin finished up his business soon so he could free the harpy.

“How long do you plan to keep me there?”

“As long as it takes for Robin to finish his business.” The sooner, the better.

“I’m certain he’s done by now. So we can turn around and go back to the city.” She looked quite pleased by that idea. A smile tipped her lips and the beauty of it nearly took Finn’s breath away.

“He’ll send word when he’s done. I’ll set you free not a moment before.”

She laughed lightly, and the sound raked over his skin like silky fingertips in the night. “Only an idiot would think he can keep a faerie confined.” She snorted lightly. It was a most unladylike noise, but he found himself biting back a grin at the sound.

Finn leaned over and looked out the window at the cloud-filled sky. If he couldn’t keep her confined, the inclement weather would. Unless he was mistaken, the snow would begin to fall before they reached their destination. Then she would be as confined by the elements as she was by him. Perhaps he wouldn’t have to tie her to him. He’d have to wait and see.

Preorder it on Amazon.

Preorder it Barnes and Noble. 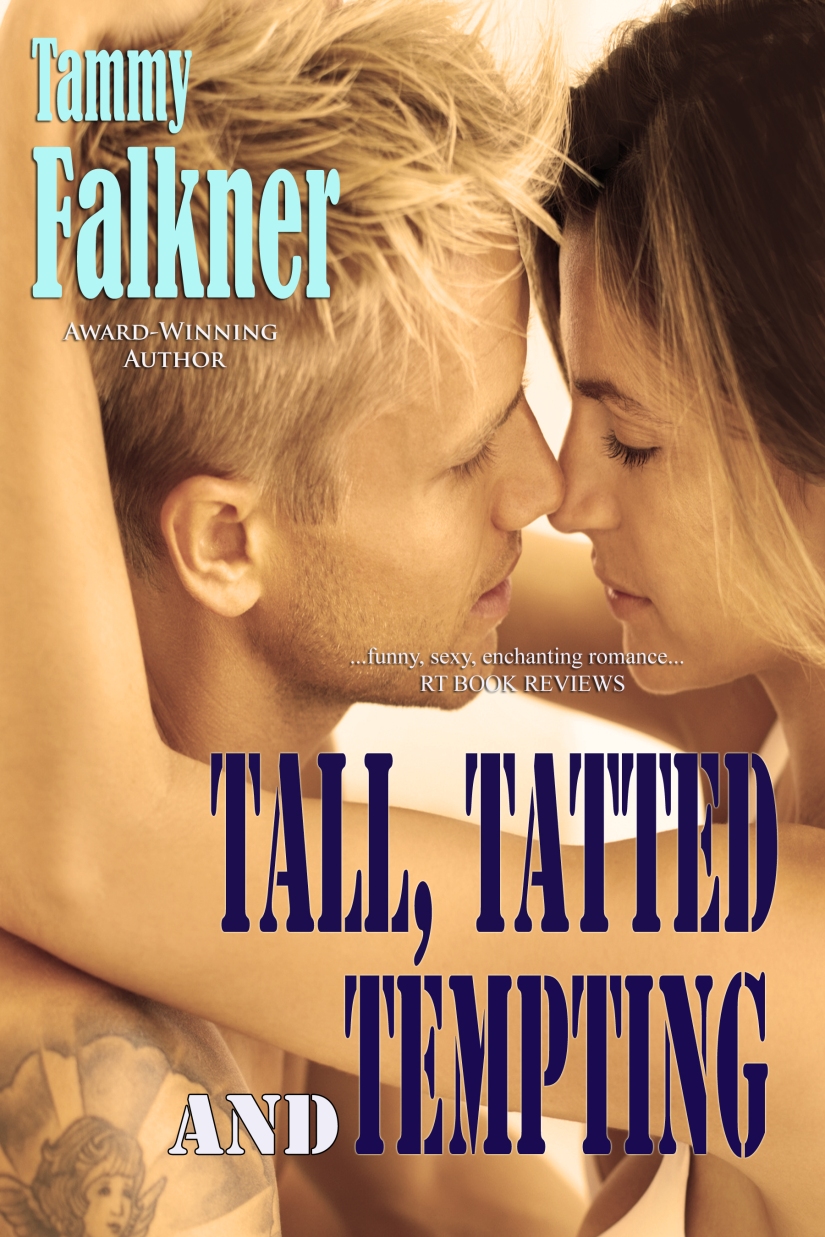 Here’s the cover for my first book in my new “New Adult” series!